Luxury Cars in Dubai: Why Do You Need One? 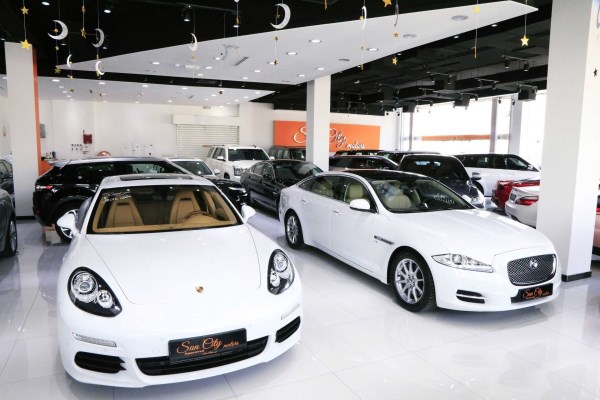 Are you sick and tired of your old-looking, underperforming car? Maybe now is the right time to upgrade. And if you are upgrading, make sure that you will replace it with something that will get the attention of all the motorists on the road and will take your drive to new heights. So, why donât you set your eyes on luxury cars in Dubai?

There are actually two reasons why you need one:

Safety is a top consideration when owning brand new or used luxury cars in Dubai, and enjoyment should be a close second. Just as automobile manufacturers test the latest features in their top-of-the-range models, they also test their performance features as well. In general, luxury cars are equipped with bigger engines, sharper handling, and better brakes than their counterparts. According to studies, people who purchase expensive vehicles get a boost of self-confidence by just owning the car. These studies have associated monetary and social gains to the reward center of the brain. The boosts seen in the studies resulted in greater confidence in dating circles, greater satisfaction with everyday life, and higher salaries.

A number of studies also reveal that Dubai luxury cars are safer than their cheaper counterparts. The main reason behind this is that automotive companies use these cars to launch their new technologies to the public. Nowadays, any vehicle that is less than 20 years old is equipped with air bags. However, in the late 1980’s only a small number of upscale models offered them. Anti-lock brakes were first launched in the flagship models for various brands. And today, the latest and most superior technology is found in the most expensive vehicles.

Given that 42 percent of road mishaps and 58 percent of crashes occur at night, carmakers have developed brighter and more advanced headlights. In fact, some companies are offering thermal imaging as a safety feature in their expensive models. This technology spots obstacles in the dark beyond the reach of headlights and alerts the driver via the navigation system. Moreover, high-end models offer features such as heads up display, which enables the driver to see the engine readings and speedometer without taking his or her eyes off of the road. Adaptive cruise control is another feature common in luxury cars for sale in Dubai. This adjusts the car’s speed to match that of the vehicle in front of it. What’s more, these systems can brake for the driver in an emergency, and they also correct the path of the tires if they start to leave their lane.

Owning brand new or used luxury cars in Dubai is such a rewarding feeling as it offers a number of benefits. If you want to personally experience these benefits, it is time to visit a reliable and reputable pre-owned cars dealer or auto showroom in Dubai now.