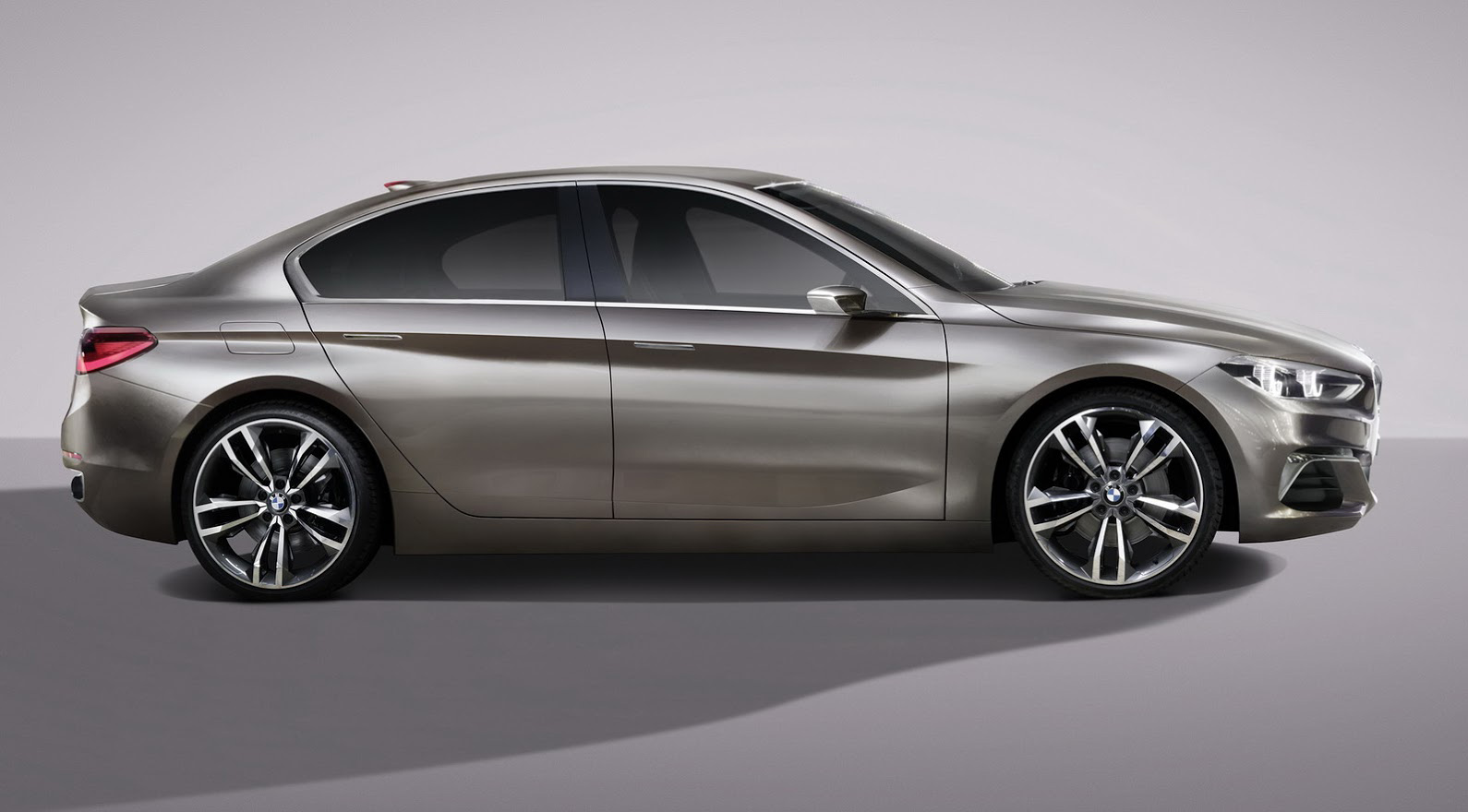 German automaker BMW never had a rival model to the famous Mercedes-Benz CLA and the Audi A3. The premium compact sedan segment was the one where the company did not have a product to fill up its portfolio. The automotive world has seen it as a concept at last year’s Guangzhou Motor Show and it was named the Concept sedan concept after which BMW unveiled the first-ever image of the car. Just recently, the car has made its world launch at the same show.

The 1 series sedan is anticipated to see BMW take up the war to its tough competitors, but reports say that this rivalry will be limited to China first. Presently, the automaker’s first compact sedan will only be built and sold for the Chinese market. Originally, the 1 Series sedan was tested and developed in Germany but with the participation of Chinese engineers.

The 1 Series sedan–which measures 4456 mm in length, 1,803 mm in width and 1,446 mm in heightâkeeps the characteristics of a common BMW sedan such as the round LED lamps and the kidney-shaped grille among others.

Moreover, the silhouette is proportional and looks sporty as well as keeps the signature Hofmeister kink. It also features the latest ConnectedDrive technologies so as to keep car occupants connected all the time. What’s more, it has dual-tone interiors and a full-color heads-up display.

Three petrol variants will be available under the hood of the BMW 1 Series Sedan: 118i, 120i and the 125i. The base 118i is powered by a 134 bhp 1.5-litre TwinPower turbo, which is a three-cylinder unit and comes paired to a 6-speed automatic gearbox. BMW also says that the 189 bhp and 227 bhp 2.0-litre TwinPower four-cylinder engine will be offered.

The sporty sedan also comes with BMW’s UKL chassis as its underpinning, which is also utilized in the Minis and X1 as well.Â  It will be built at BMW’s Shenyang factory in China.