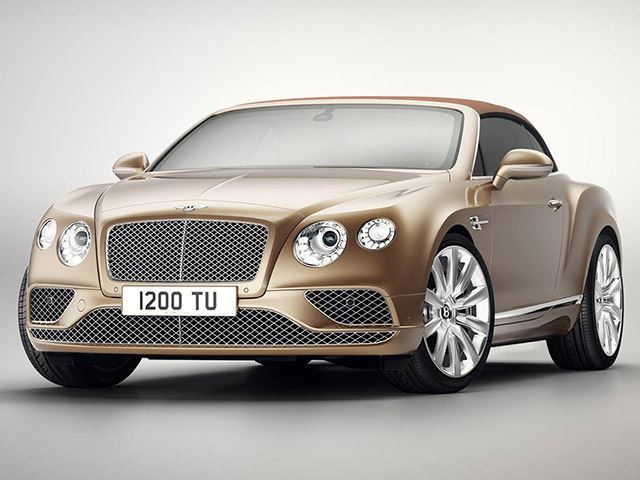 Shortly after the launch of the deluxe Galene Edition inspired by a luxury yacht, British automaker Bentley is unveiling yet another special edition of the Continental GT in celebration of 14 years of the luxury grand tourer’s existence. Named the Timeless Series, the limited-run car will be offered exclusively as a convertible like the Galene Edition. However, the automaker has not disclosed the number of examples it will produce. Customers can choose from seven different themes such as Havana, Onyx, Dark Sapphire, Cool, Light Ice, Camel and Glacier.

The convertible also comes with “Timeless Series” badges and treadplates that distinguish it from other models, as well as with upper and lower grilles coated in shiny chrome. What’s more, there is a pair of puddle lights that display Bentley’s logo. 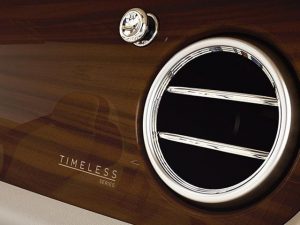 In the interior, there is a complete selection of luxury upholstery options. The dashboard is decorated with a Liquid Amber veneer with five layers of hand-painted lacquer. Also standard in the convertible are a rear view camera, two-tone steering wheel, and ventilated front seats with a massaging function.

To satisfy customers’ thirst for a thrilling drive, Bentley is tailoring the Timeless Series’ engine specifications for various markets. In the US, the convertible will be equipped with a 6.0L twin-turbo W12, whereas in Europe, it will be powered by a 4.0L twin-turbo V8.

Both versions are fitted with 21-inch alloy wheels with different designs for each market. The Timeless Edition will reportedly pave the way for the new generation Continental GT model, which is anticipated to make presence at the highly anticipated Frankfurt Auto Show in September with an extensive redesign.