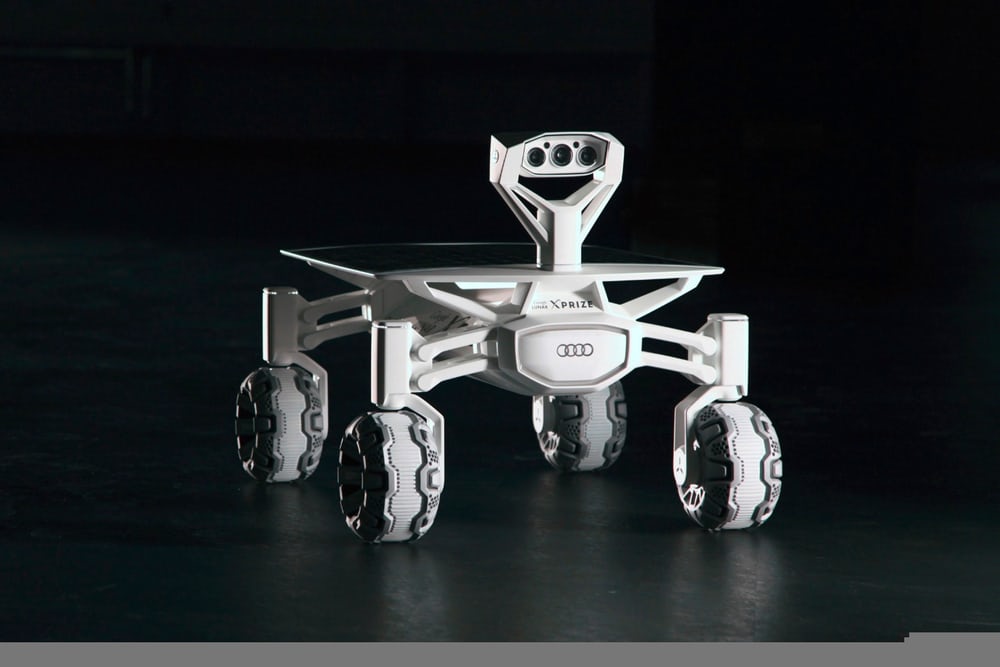 Last year, Audi partnered with Germany’s Part-Time Scientists team in a goal to develop the Audi lunar Quattro unmanned lunar rover for the Google Lunar X-Prize. In preparation to the planned visit to the landing site of the Apollo 17 mission next year, the latest iteration of the rover and its landing craft are now going through extensive testing.

Integrating Audi’s e-tron power technology, the lunar Quattro delivers intelligent AWD power and, in accordance with the German automaker, it has had a number of huge updates. With an optimum blend of materials and the use of 3D printing to fabricate aluminum parts, it is now 8kg lighter at 30kg.

The lunar Quattro has already gone through a series of tests, including in the Audi sun simulation chamber, which gives the extreme temperature conditions found on the lunar surface. The rover, along with the ALINA lander, which will deliver two of the Quattros to the moon, are slated to go through stress testing as well as a complete mission simulation at an undisclosed Middle East location early next year.

The partners intend to launch mission atop a yet to be determined rocket in the latter part of 2017 and set down the lander and the two rovers at the Taurus Littrow region of the moon. There, the rovers will travel to the Apollo 17 landing site to look into the manned lunar rover left behind by the astronauts in 1972 utilizing four cameras to return 3D and 360Â° images.

It is not sure yet as to how close the Audi lunar Quattros can get to the landing site because the US considers all the Apollo landing sites as historic monuments with only restricted access. Given that Apollo 17 is sensitive, NASA requests that all upcoming missions be kept at least 2 km away.

Audi claims that the rovers and lander will carry scientific experiments from ESA, NASA, and Wikipedia.

Consisting of 16 teams from Canada, Brazil, Hungary, Chile, Italy, Israel, Japan, US, and Malaysia, the Google Lunar XPrize is a US$30 million competition to inspire new space technology by having private groups create, launch, and land a robotic lunar rover on the moon’s surface by December next year. The rover must then travel 500 meters while taking high definition images.

According to Michael SchÃ¶ffmann, Head of Audi Transmission Development and Development Coordinator of the Audi lunar Quattro, they are proud to have provided the moon rover with significant aspects of the DNA. “It is a Quattro, has an e-tron battery on board, drives in piloted mode and offers an intelligent mix of materials.â He added that the partnership with the Part-Time scientists is extremely enriching for them, concluding that they are breaking new technological ground with the Audi lunar Quattro and could learn much about how automotive components behave in extreme conditions.